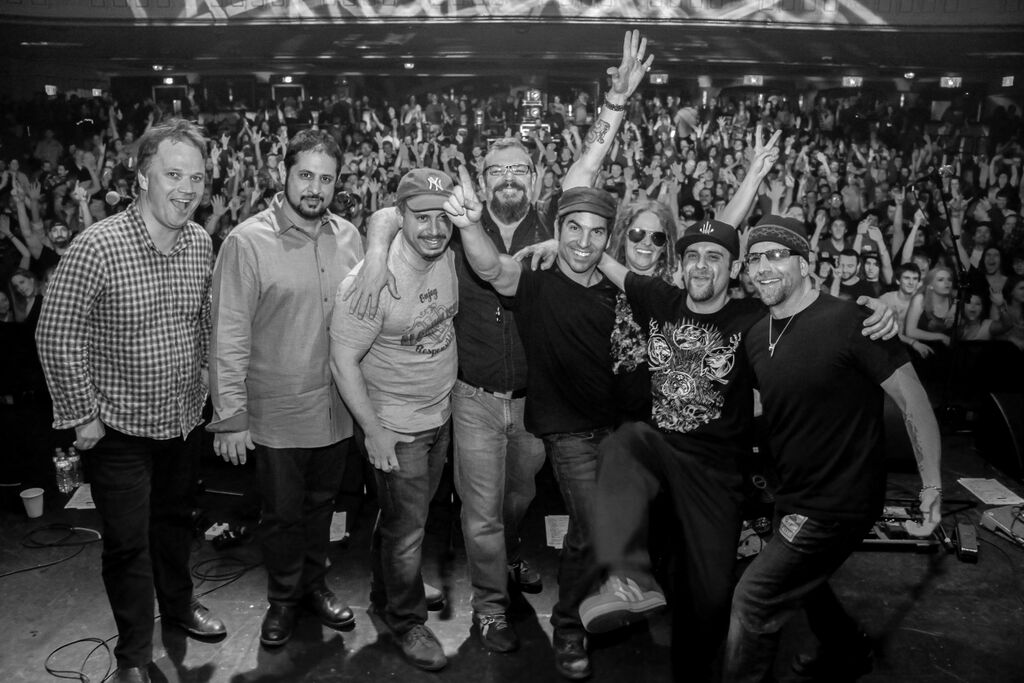 Carrying the torch of the great funk bands such as Tower of Power, Sly and the Family Stone, and James Brown into the 21st century comes Deep Banana Blackout.  With full horn section, and soulful groove imbedded in the roots of funk, Deep Banana is the leader of today’s emerging funk rock scene.  The band’s sound captures commercial accessibility augmented with tight musical arrangements and limited improvisation.  But make no mistake- THIS BAND ROCKS!

Deep Banana has sold out such venues as the Webster Theater in Connecticut (1200 capacity) and Irving Plaza in New York City (1100 capacity).  In 2001, DBB played a co-bill with Maceo Parker in the new Denver Fillmore to 2750 fans, was featured at such festivals as JVC Jazz Newport, Jazz Aspen/Snowmass, and Gathering of the Vibes, toured with the Allman Brothers Band, and performed in Japan as well.

You’d better believe that after churning out two well received albums, Live in the Thousand Islands (1997) and Rowdy Duty (1999), and over 150 of the funkiest performances of 2000, the group earned the backing and support of legendary Allman Brothers’ Band drummer & Flying Frog Records founder, Butch Trucks, for its third release entitled, Feel The Peel (Flying Frog Records 2001).  And, with producer Tom Dowd (Allman Brothers Band, Eric Clapton, Aretha Franklin) on board, this new CD is bound to please not only diehard DBB fans, but a broad radio audience as well.  Deep Banana’s founding member and guitarist James “Fuzz” San Giovanni beams, “This album can really appeal to anyone – fans of old school funk, fans of jazz, pop, rock, whatever.  It has a more concise feel to it.  Shorter tracks, more continuity.”

The band’s incessant touring and high-energy performances demonstrate the deep love, respect, and enthusiasm the members have for what they do.