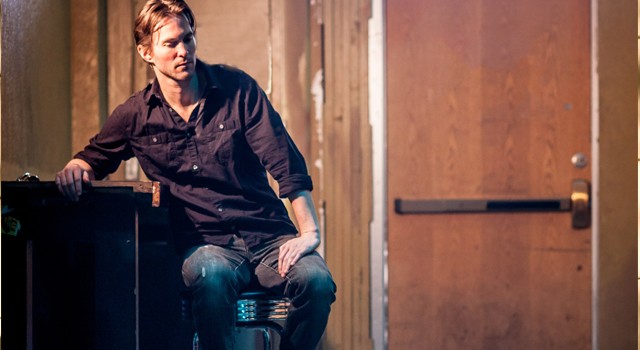 After nearly 10 years of composing and playing guitar and keyboards for the band Lotus, Luke Miller turns his musical skills and experience towards the DJ booth. The idea was to bring funk and disco back to the dance floor in an EDM world that’s sounding more and more digitized. In the Fall of 2012, Luke started working on remixing and re-editing tracks, and by the end of December, Luke the Knife was born.

Performing both standard DJ sets and live sets that incorporate guitar and keys along with guest drummers, percussionists, and saxophonists, Luke the Knife started with a few packed shows in Colorado, where he currently resides. For the first show outside the state, he sold out B.B. King’s Lucille’s Room in Times Square for a 2 1/2 hour dance party that left people asking for more, even at 4 in the morning. Now, he is hitting the road to open up for Chicago’s electronic rock stalwarts Future Rock on select dates, including New York City, Philadelphia, and Chicago.

Harkening back to the days when editing tape required an X-Acto Number 2, Luke’s cuts merge the old and the new, utilizing modern production techniques to give a bigger punch to the funky tracks of yore. Luke has released over 20 remixes/re-edits and 8 continuous mixes that have been streamed and downloaded on SoundCloud. The response has been strong for both releases and live shows, with The Untz stating, “This is booty-shaking music,” and Live for Live Music proclaiming, “[Luke] blends a healthy mix of Funk, Disco and Dance for a mind-blowing performance.”